Les Cseh, President of Ally Business Services hired the Feedstories team to help his check printing business stand out in a stagnant market.

Ally Business Services is the parent company of ASAP Checks USA, and ASAP Cheques Canada. The check printing market is not growing, but there are still millions of businesses and consumers who use checks and buy them regularly.

It’s difficult to compete against larger, well-known competitors, so Les hired the Feedstories team to help him gain greater trust with his customer base and share his low-cost, high-touch customer service with more people.

Taking on large competitors is no small task, so we helped Les develop a list of value propositions and “grabbers” that would get the attention of people in the marketplace shopping for a check provider. Les had a strong fear of being on camera, so he relied on the team to help him feel at ease and produce good content.

We deployed the video ads in both the US and Canada to both recruit new business, as well as nurture website visitors and prospects through the Feed Stories strategies and methodology.

Using the video we produced for Les, we deployed it in Facebook and we are seeing a 24.8x Return on Ad Spend. This means that for every $1 that is spent on advertising, Ally makes $24.80. Every visitor is worth almost 400% above the cost to acquire them.

We also produced some Prospecting videos that have been effective at generating new, “cold” traffic to the site which we’ve found to be cheaper than Adwords by 526%.

KEY TAKEAWAYS
The Nurturing video has been effective at creating a trusted connection with prospects who have visited his website, but did not buy.
Different videos have been used to capture the initial attention of prospects and achieved over 5% click thru rates and visitor cost of 30 cents or less
Good video that gets results is something most people cannot do on their own and Les was happy to let an expert shoot and produce it for him

Just enter your info below... 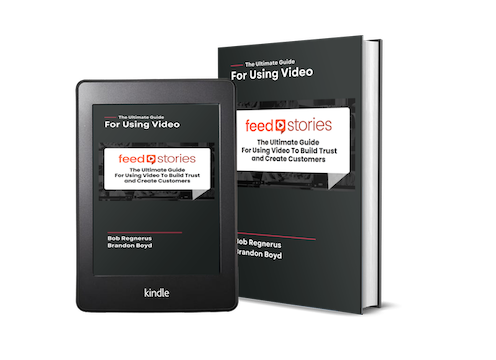 - A simple content creation method that allows you to "Ditch Your Scripts" for good! (Pages 7-8)